As most of us are aware of the fact that according to the 2nd amendment of the United States Constitution, every American has the right to own a firearm. Taking that fact into consideration the right does not end when we are in our car, which should answer the question “are car holsters legal”. As a matter of fact, in some communities including Fort Walton, Navarre, Milton- actually, on this side of Florida it is not uncommon for drivers to carry their guns in their vehicles. We might even have seen some truck drivers who have their “in car holsters” mounted on their windows.
It is perfectly legal to keep a firearm inside the gun holsters for cars, depending upon where and how it is kept. In car holsters are a perfect place to keep the gun inside a car, just as long it is in plain sight, that the most important key to keep it legal.  The firearm can be left lying on the passenger seat or even on the dashboard because that is legal. Unlike some other states, Florida does not offer open carry.

Are car holsters legal in Virginia?

In Florida, the possession of a concealed gun is a felony of 3rd degree, which is punishable by five years of imprisonment in state prison. The firearm carrying laws differ from state to state, some states like Virginia are open to” open carry” without a permit.
Now the question arises “are car holsters legal in Virginia”. To simply answer that question, Yes. A firearm can be carried in Virginia even without a permit. As long as the gun is in its holster and is visible, there is no need for a permit. A gun can be carried in a car if it is in a container, it can even be loaded and in reach of the driver. However, the laws in totally different about a concealed carry car holster. Keeping in mind the state code of Virginia, 18.2-308, the owner must have a CCW permit. That means that he must be 21 years of age, he must have passed a training regime and does not have criminal records that demand disqualification. The process for a said permit requires a fee of $50 payment to the circuit court of their county. The applicants go through a background check and have to take safety lessons. In the state of Virginia violating the statute for concealed carry is a class 1 misdemeanor. Follow the references given in here to get on the legal side of the statute Concealed carry law in Virginia.

Which in simple terms means that the Conceal carry car holster is not legal in the state of Virginia without a permit. If someone wants a hidden car holster, they have to go through the proper channels and geta conceal carry permit.

Virginia open carry gun laws allow open carry without a permit as long as the firearm is in its container. A magnetic car holster can be attached to the floorboard. The holster must be visible at all times. Here is the reference to understand the legal side of this matter Open carry laws in Virginia.
Some exceptions apply to ordinary citizens:
•    Any semi-automatic rifle or a pistol that can hold more than 20 rounds cannot be carried in open.
•    A silencer attached to a gun is a violation of the open carry code.
•    Shotguns that have more than 7 rounds can never be open carry
•    Private properties and businesses can ban open carry or even CCW for that matter.
However, following the Virginia open carry gun law, the firearm can be carried in a closed compartment or a locking car holster. Open carry is a constitutional right for every U.S citizen but in the state of Virginia, it doesn’t require a permit.
•    Virginia Firearm laws that everyone should be aware of:

According to Virginia open carry gun law car carry is permitted in a personal or private vehicle even without a permit. In such cases, the gun is secured in a compartment or a console such as an alien gear car holster or a gum creek car holster. The console needs to have closure and has to be visible.

No Virginia open carry gun law advises the citizens to inform an officer of the law enforcement that they are carrying a gun. The state law does not require permits. 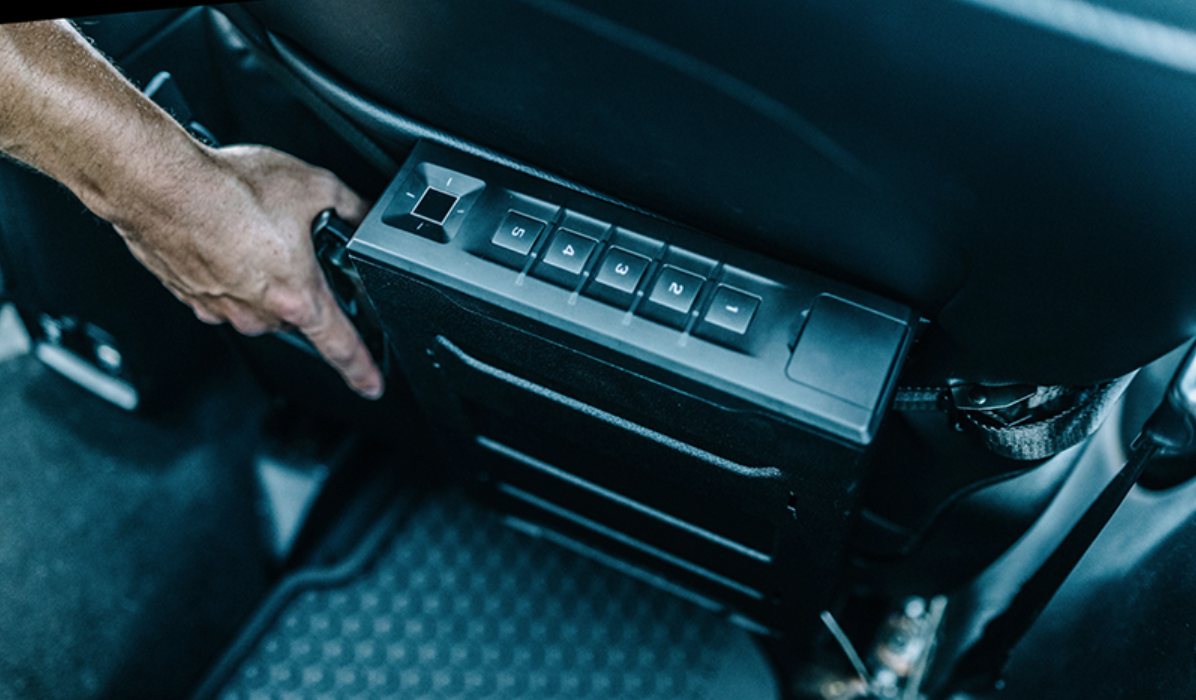 According to 18.2-238 statute of Virginia open carry gun law, if any person carries a gun to a place of worship, he will be charged with a class four misdemeanor.
These laws are what make gun-carrying tricky, they vary from place to place. If we are in a different state, we should abide by the laws enforced by the said state authorities. If one travels in a vehicle while carrying a gun in the holster be it an open carry or a hidden holster, he/she should map out the trip to stay on the safe side of legal matters.

Can you have a car holster in a vehicle:

After reading through all the information given above one may still be left with the question “are car holsters legal”. Well, it depends upon where he lives in the U.S. An in car holster is a solution to a classic situation during which a man is seated in his car with his seatbelt on and must reach for his firearm. A hip holster can be difficult to draw from, a car holster for gun secures the firearms when driving. There are a lot of attachment methods available to go through. A hook or loop car holster for gun, a hard mounting in car holster, or a driver defense car holster can be used and is totally up to the consumers' discretion.

What If someone gets pulled over while carrying?


In case a person is on the highway and gets pulled for some reason like taillight and is carrying a gun in car holster, he might get nervous, but he should keep calm. If said person is open carrying, he/she just needs to keep the hands on the steering wheel and just inform the officer that they are carrying a gun. In the case of a conceal carry car holster, a concealed carry permit should also be presented along with the driving license. Make sure that the officer can see the hands at all times and do not sound threatening to the officer.  Just do as the officer says and everyone should be fine.

If one owns a gun and has a personal car, invest in a car holster. It can save a lot of discomforts and can decide the moment of struggle between life and death. That moment decides the outcome of the whole situation, the side that is faster and efficient always takes the upper hand. The whole idea of carrying a firearm revolves around the protection of oneself and their loved ones. No one should have to suffer the loss of a loved one just because they weren’t fast enough. That being said, always make sure that you are safe. A car holster mount can be a great part of that plan.